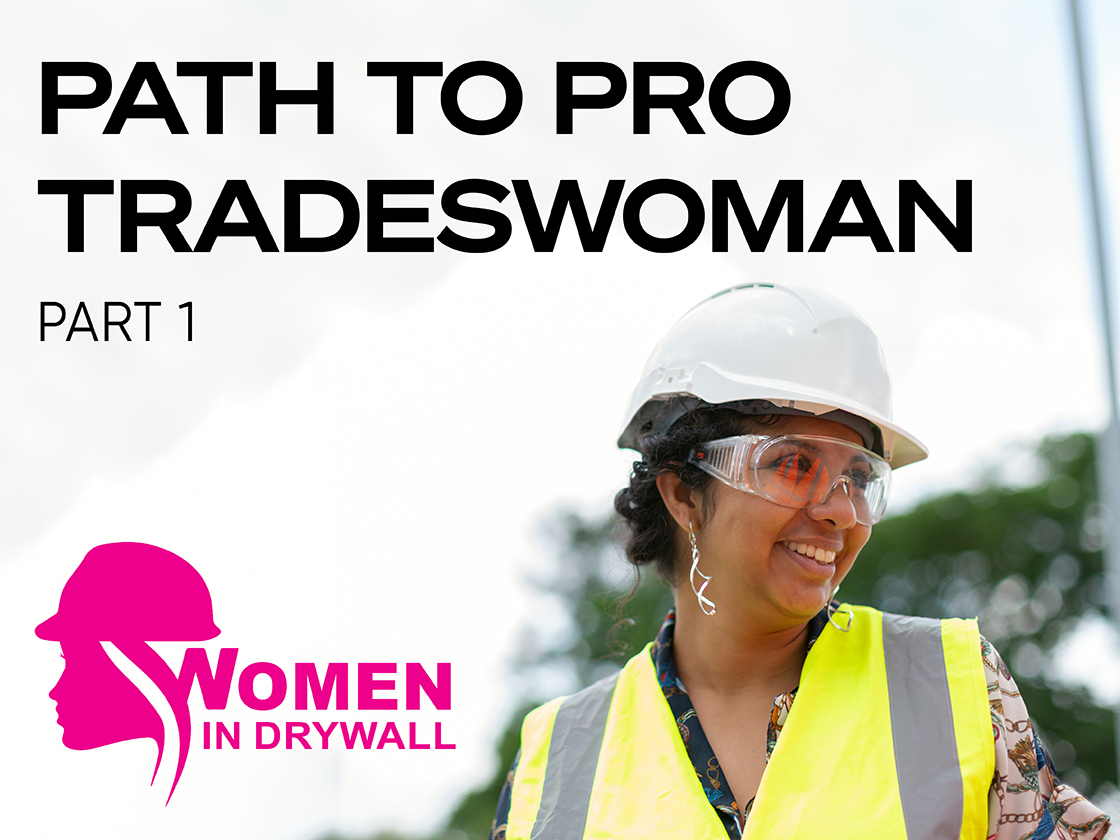 For a few years now, we’ve been sharing the stories of women who have made names for themselves in the drywalling and finishing trades. Some have worked commercial, some have worked residential; some have blown up on social media due to their skills with a taping knife, and some are presidents of their own companies. There are many paths to becoming a professional tradeswoman — but if you’re reading these stories as someone who’s considering a life in the trades, you may be wondering which path you should take.

Today, we’re going to zoom in on a tradesperson’s first steps and explore the routes she can take to get started down a career path that can be fulfilling, challenging and, of course, lucrative. We are going to focus especially on women’s experiences here — after all, women are wildly underrepresented in this industry (at just around 5% of the construction industry in the U.S.) and encouraging more inclusion will go a long, long way toward filling the gap of skilled labor. The guidance provided here, however, can apply to anyone looking to start a job in the trades!

Today, we are going to look at why the trades are such a great choice for a career, and look at how to get started if you’re the kind of person who wants to strap some boots on and get started on your own. Hit the button below to read the second part of this series, where we discuss how to get started through apprenticeships and union training.

Why choose the trades? 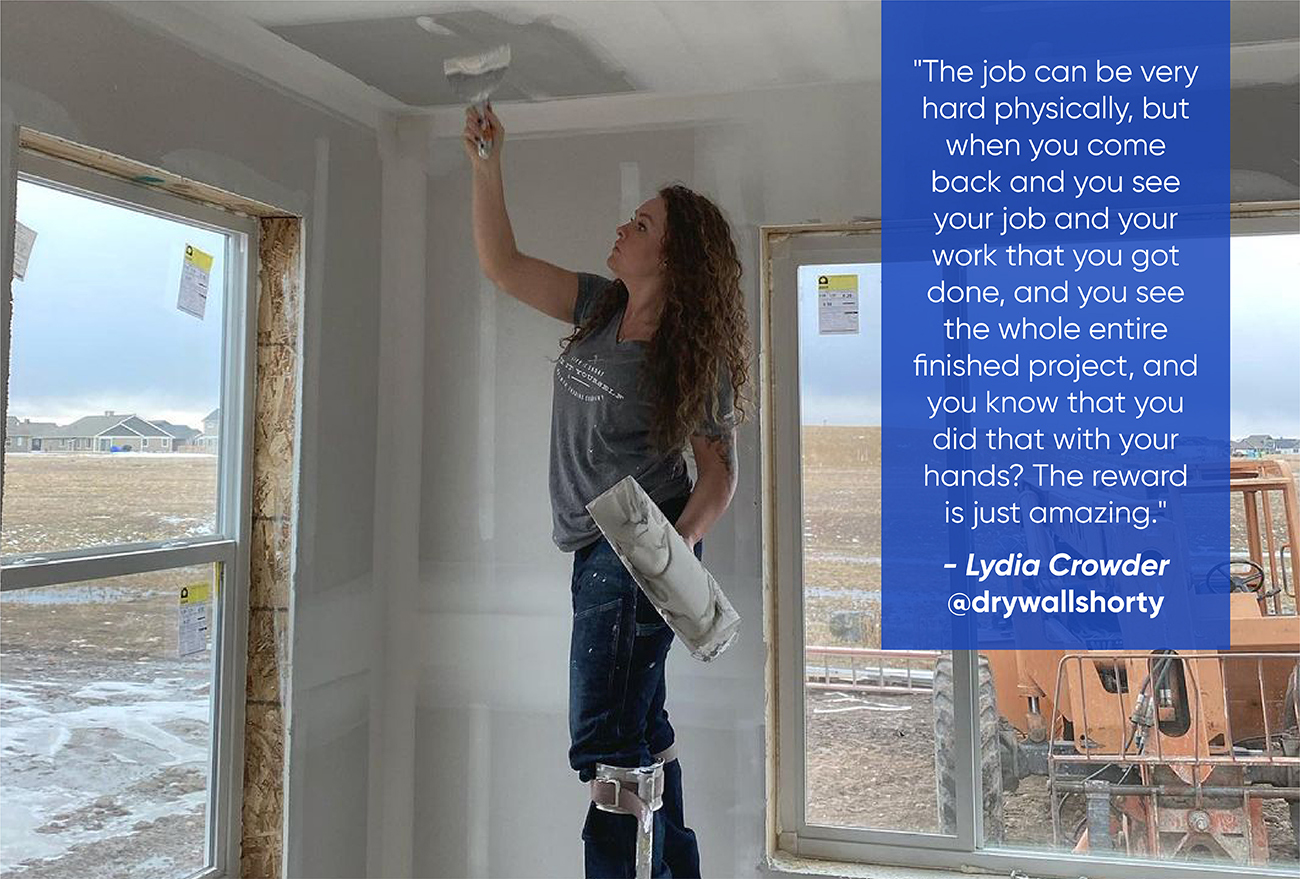 The trades aren’t easy. It’ll take blood, sweat and tears to get good at your chosen craft.

That said, for most of the folks who put the effort in, the rewards far outweigh the costs. Plus, you can get started without first going into tons of debt for a college degree. One finisher we spoke to — Lydia Crowder from Bozeman, Montana, better known on social media as DrywallShorty — has put everything she’s got into her craft and has come out the other side as an accomplished drywall pro and all-around badass.

“I've been in drywall for 17 years,” Lydia told us. “I've gone through all of the hard stuff and I've gone through all of the challenging stuff. I've done the closets, I've done the floor scraping and sweeping. I've done the menial stuff and I've also done the really complicated stuff so I understand how hard it is those first couple months. You're exhausted, you're tired, you're trying to think, is this really for me? Do I really enjoy doing this? You have to find your passion and you have to understand, yes, it's going to be hard, but I can do it. 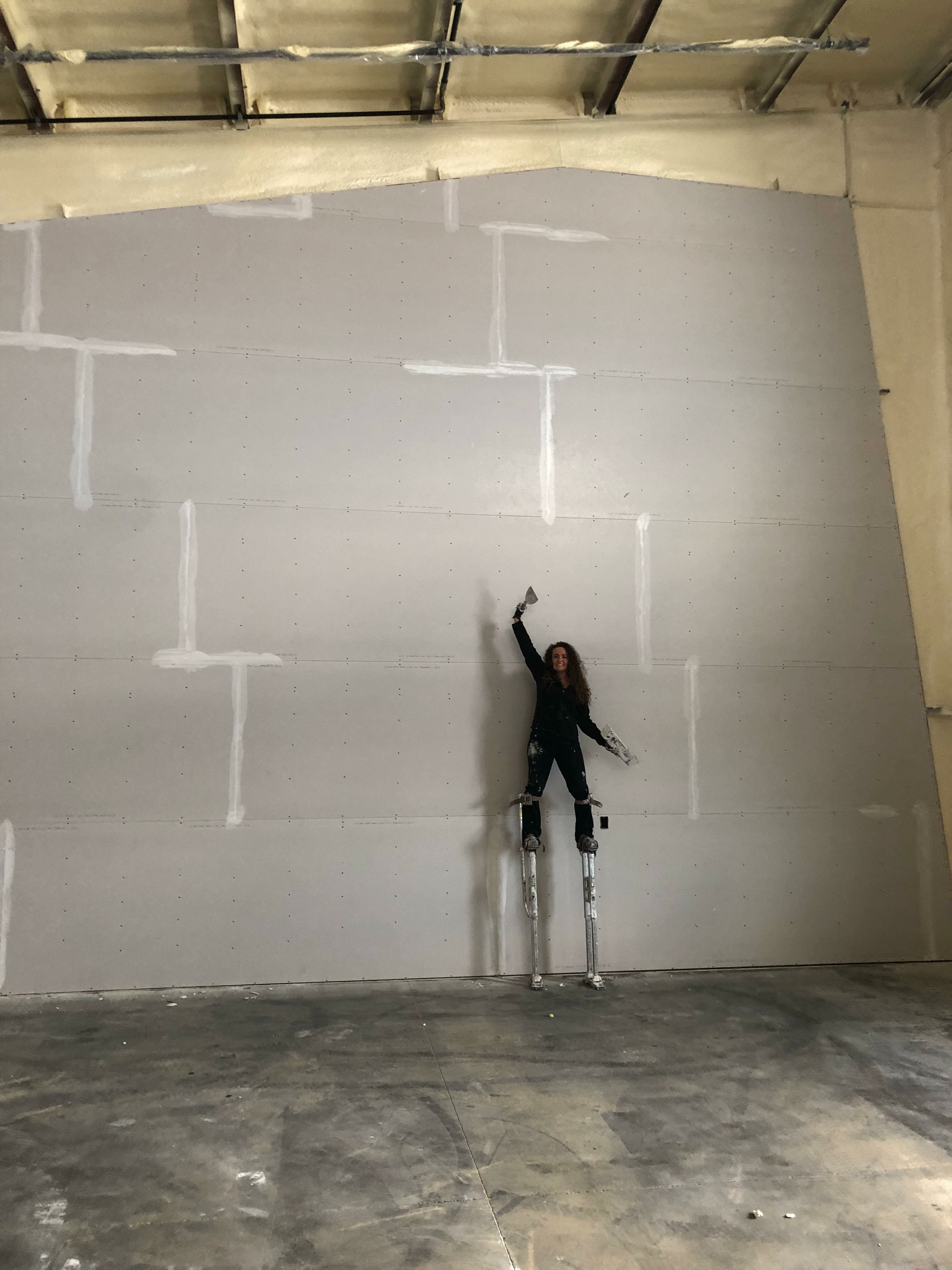 “I think that's the biggest thing is, you learn — you learn how strong you are, and you learn how far you can push yourself and how many hours you can work a weekend. You have blisters on your hands, but you still keep going and the satisfaction is there. I think that's the biggest thing with the job — it can be very hard physically but when you come back and you see your job and your work that you got done, and you see the whole entire finished project, and you know that you did that with your hands? The reward is just amazing. It keeps you going for the next one and the next one and feel like that's the challenge of getting better and challenging yourself to produce better work, better results, just be better.”

Everyone we ask about why they love working in construction, like Lydia, says something about how good it feels to look at a finished room or building and say, “I built that.” And that’s a powerful feeling! But we’re talking about professionals here: being a finisher isn’t a hobby — it’s a career, and people don’t do careers for free.

Yes, you can earn good money as a drywall finisher! Additionally, though, being a skilled craftsperson grants you a kind of job security most folks don’t get to experience. Wherever you travel, whatever other interests you may pick up, you’ve got an ace up your sleeve to find steady money for a good day’s work. 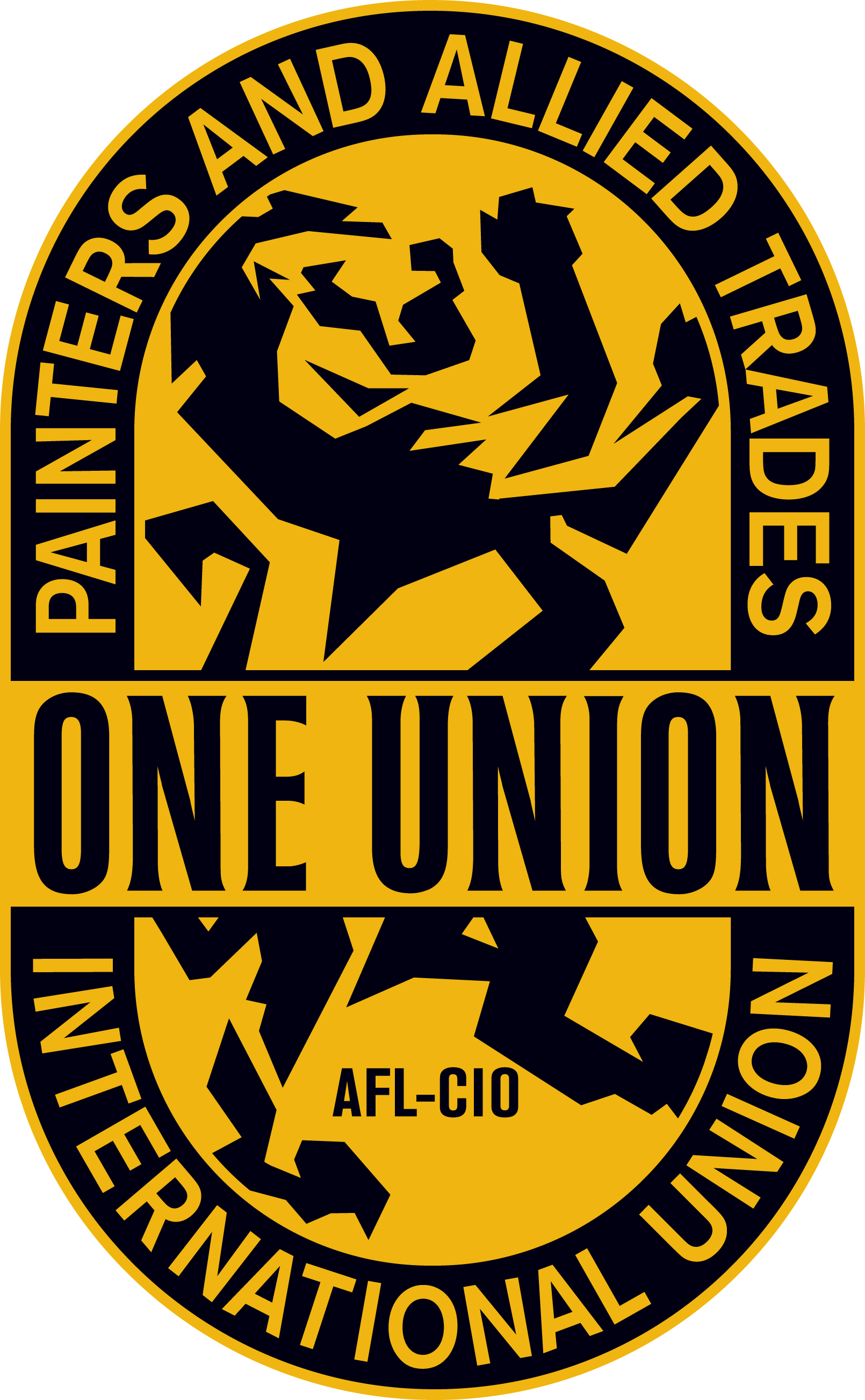 and education department, the Finishing Trades Institute — he highlighted how apprenticeships through his organization allow those entering the trades to start earning a paycheck on the job while learning the ropes, not after.

“What I love about an apprentice starting a career with the IUPAT is that they ‘Earn While They Learn,’” said Simon. “A typical apprenticeship in the drywall finishing trade may last approximately three years, including your in-class studies, but the majority of apprenticeship time is spent on the jobsite, earning a living while others often begin their professional lives in steep college debt. At the end of your apprenticeship, you will be a journeyperson earning a great living, health benefits and a pension. All without college debt! You have a rewarding career and a skill that gives you a sense of pride when you see that finished product.”

We’re a bit biased toward drywall finishing because, well, that’s been Trim-Tex’s world for over 50 years now. But whatever trade speaks most to you — whether it’s finishing, carpentry, electrical or any other — if you’re willing to put in the time and get your hands dirty, there’s a dependable paycheck on the other end of it.

How to get started in drywall finishing: the DIY route 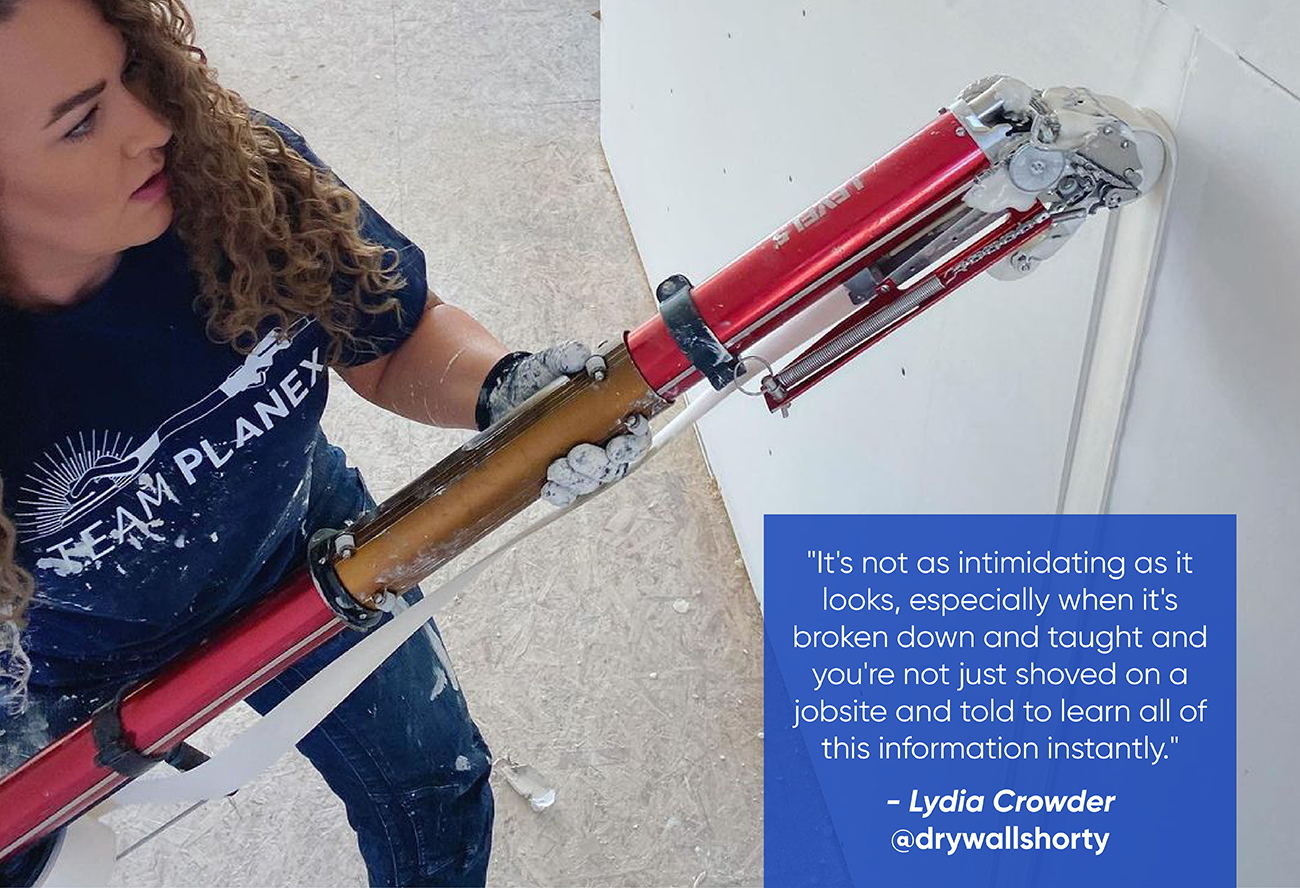 A lot of the women we speak to for our “Women in Drywall” series describe their entry into the industry as a “fluke” or a “right place, right time” situation. That’s partially because there aren’t too many obvious on-ramps into the skilled finishing trade as there are for many other jobs — after all, you can’t exactly hang a “help wanted” sign in the window of an unfinished basement. This can especially be an issue for women, many of whom may not have ever even considered the trades as a career path that would welcome them.

This is the problem that Lydia Crowder is trying to help solve. Lydia has been posting tutorials, tips and tricks for drywall finishing to her social media channels for a long time now, and as a result, has amassed a following of nearly 100,000 followers on Instagram. She told us she gets questions from those followers just about every day asking her how they can follow in her footsteps and start drywalling for themselves. Most of the time, she says, it comes down to hustle.

Still, though, the resources to help wannabe drywallers take their first steps into the trade are limited. Sure, you may be able to find your way onto a jobsite, but what now? Especially for a woman, who is probably going to face an added level of scrutiny in such a male-dominated environment, it’s going to be pretty difficult to take in so much new information at once and know where to go, much less how to use a taping knife or a corner bead. There are classes for such things, but they may not be available in your area. 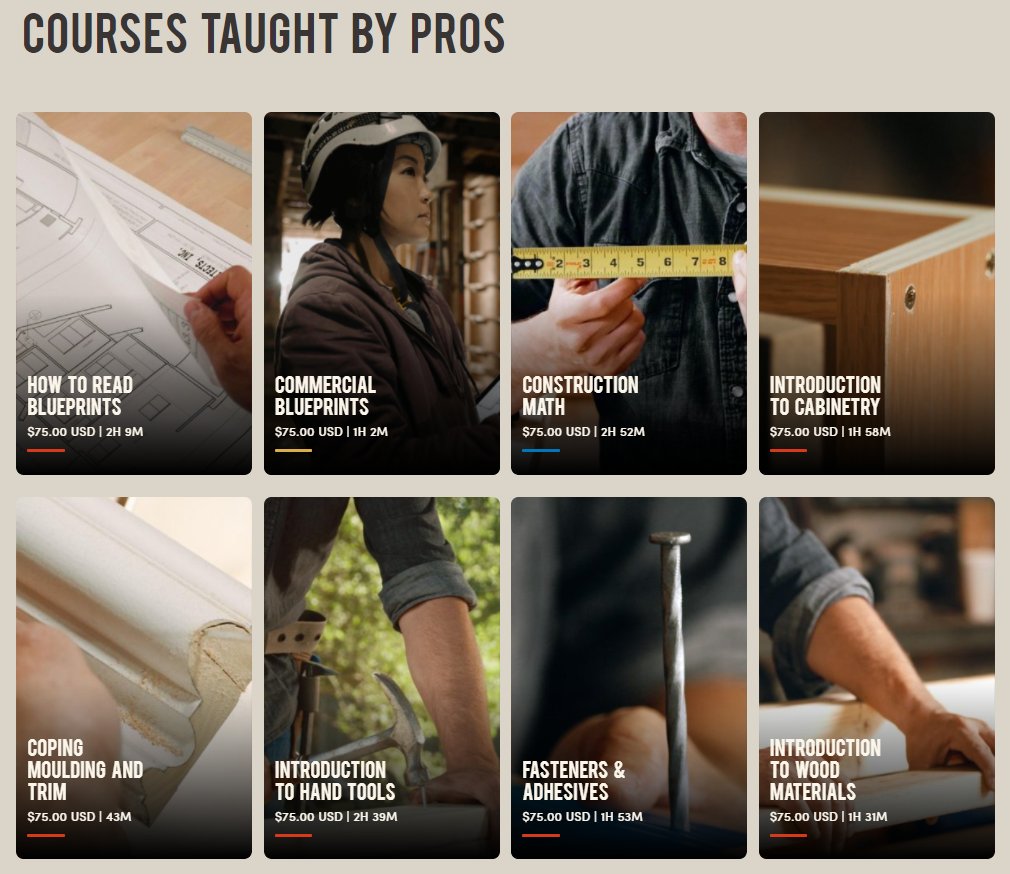 To help teach prospective finishers the ropes, no matter where you live, Lydia is partnering with MT Copeland, which hosts high-quality online courses to teach skilled trades. The classes, which Lydia is filming soon to go live later this year, will be a four-part crash course through drywall finishing, from guiding you through the fundamentals — the different kinds of tape, what drywall mud is, how to hang a drywall sheet, et cetera — through to showing how to pull off a level-five finish. Think of it like you’re Lydia’s virtual apprentice.

“Say you're a woman and you think you might like drywall, but you're not totally sure and you don't know where to start,” said Lydia. “This class will help you learn the basics. It'll help you when you step on the jobsite. You'll learn things. You'll know everything that you're supposed to know when you walk on.

“I think that will take a lot of the intimidation away, which I think a lot of women feel intimidated when they walk onto a job. You have everybody like, ‘Do they really know what they're doing? Do they know the terms? Do they know how to even set up for a job?’ All of those things. So all of this will help and hopefully really encourage women to see it's not as intimidating as it looks, especially when it's broken down and taught and you're not just shoved on a jobsite and told to learn all of this information instantly, and then people are upset that you're not retaining the information maybe as quickly as they want.

“A normal jobsite can be very stressful and there can be so much going on. Sometimes it's not the best learning environment. This will be cool because it'll be one-on-one. I'm just hanging out with you and we're talking about everything and I'm 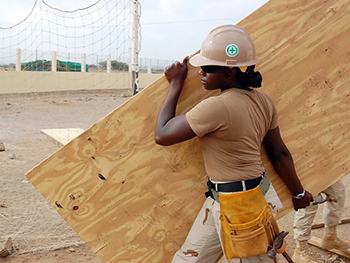 going to teach you everything so that you can walk on the job and have a better understanding and knowledge of how to drywall in a non-stressful environment.”

The release date for Lydia’s class is still to be announced, but you can follow her on Instagram here to find out when the courses drop, and be the first to sign up. (You’ll probably pick up a new trick or two for free by following her page anyway.)

So taking an online course and dropping by your local drywall supply yard can probably get you set on your path to becoming a professional tradeswoman. But what about if you want more intensive, hands-on training? What about finding a team that can help you find steady work? And, hey, what about getting some benefits attached to that paycheck?

For all that, your best route may be joining up with a trades union and getting a more formal apprenticeship. To learn how to do that, we’ve provided a few links below, but you’ll learn all about it by reading the second and final part of this series here!