‘The House That Jordan Built’ Was Built With Trim-Tex

As the hit ESPN documentary series, The Last Dance, comes to a close this week, the legendary Chicago Bulls team of the ’90s are back to being on everyone’s lips across the world. The incredible 10-part series has got the folks here at Trim-Tex doing some reminiscing, too. Not just about where we were when we heard that 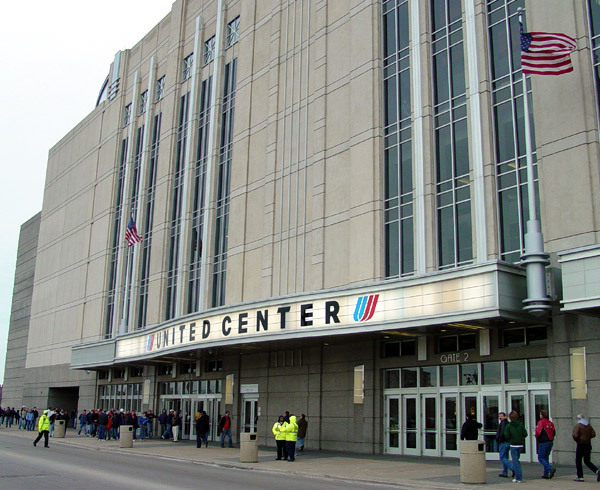 Michael Jordan was retiring, or where we were when we heard that Michael Jordan was un-retiring, but about the United Center: the famous basketball arena also known as “The House that Jordan Built.” Did you know that, just beneath the surface, the UC contains over 150,000 feet of Trim-Tex vinyl drywall corner bead?

Located just about 10 miles from Trim-Tex’s Lincolnwood, IL, headquarters, the United Center opened its doors for the first time in August of 1994. According to Gene Knupke’s book, Profiles of American / Canadian Sports Stadiums and Arenas, it took 645,000 square feet of drywall to finish the UC, enough to cover 13 floors of the Willis Tower! And more than 25 years later, the Bulls and Blackhawks still call that massive facility home, and the same products we installed in all that drywall during its construction are the same ones in there today, as strong and sleek as ever. And it all started with a Reveal Bead (pictured below). 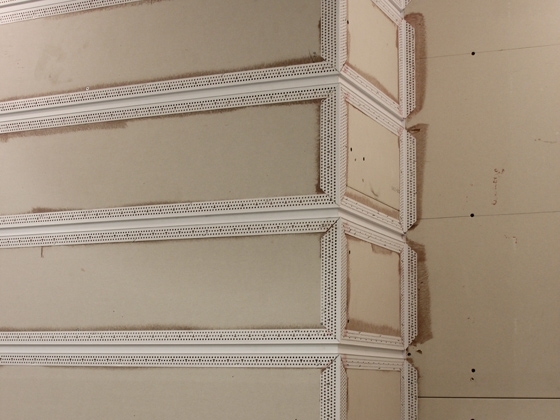 “When they got to the drywall phase of the project, the architect had specified aluminum reveals for all of the curved concourses and many of the feature walls of the United Center,” said Joe Koening, Trim-Tex’s owner and the rep on-site for this project. “But the drywall subcontractor, Advance Taping, owned by Mike Gonzalez, they used a lot of Trim-Tex, they knew about Trim-Tex, and they did not want to use aluminum reveals on an egg-shaped building, because every piece would have had to be numbered, because they were all different radiuses.”

The key to why a Trim-Tex product was useful for this particular, uniquely shaped building was in the versatility of our corner beads’ PVC material. Where a metal corner bead is only ever going to go straight up and down, unless you custom-build everything, Trim-Tex can manufacture products that contractors can shape to each job.

“When you look at an egg, an egg is not the same radius all the way around — you 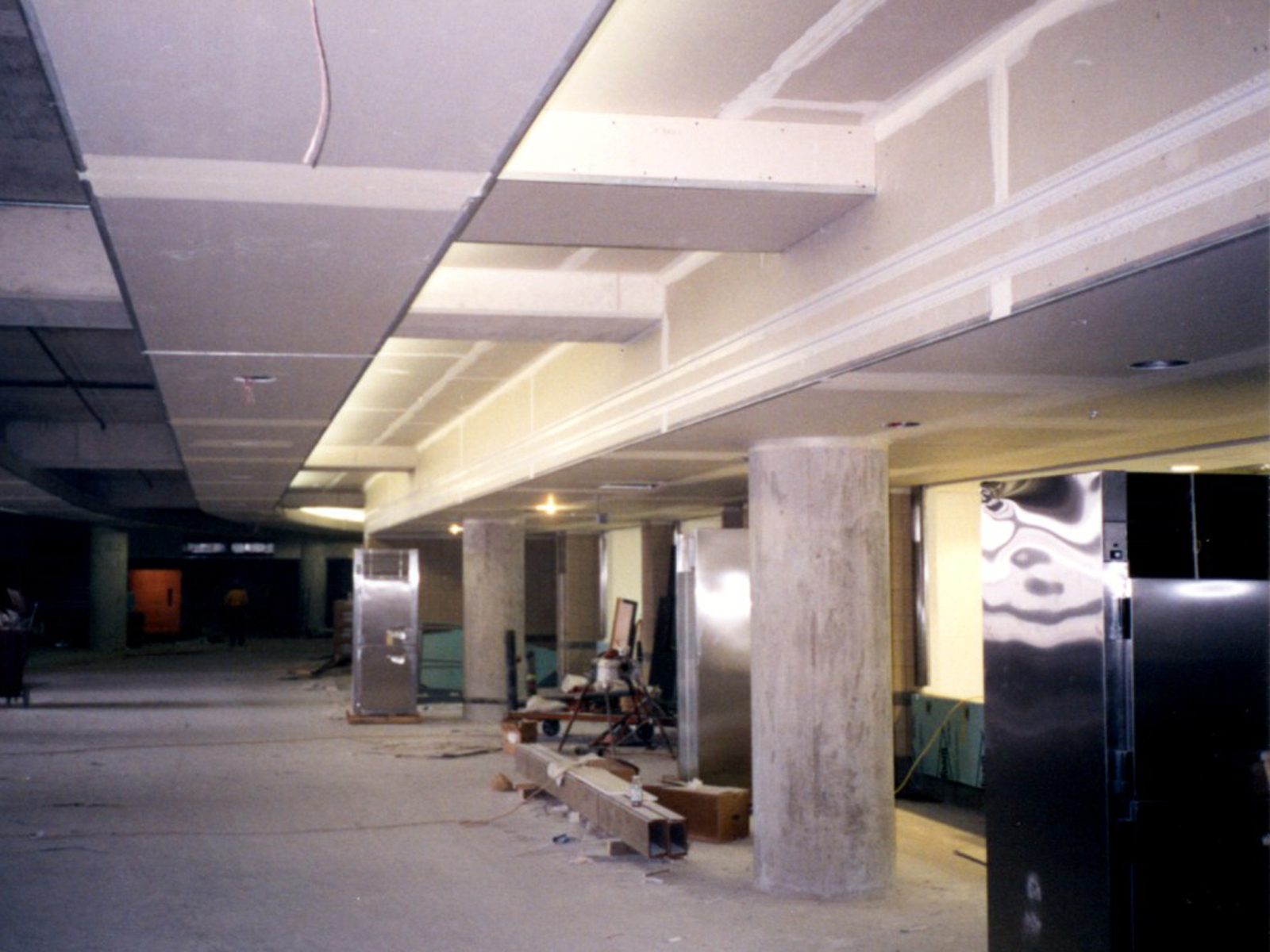 “They brought me in to ask my opinion, and when I looked at it, I went, ‘Well, hey, why don’t you use Trim-Tex reveals, because our reveals flex and bend? And you just pull them right out of the box; you don’t have to have some custom, numbered puzzle.’ And I said, ‘Also, while we’re at it, we can make them 14 feet long for you, so you have fewer joints.’ And they were very pleased with that. So I brought them a box of Reveal Bead to try, they loved it, and they never looked back.”

By the time the drywalling was finished, The Madhouse on Madison contained a ton of different Trim-Tex products — including Tear Away Bead, Magic Corner, J Bead and more — but it was the Reveal Bead that cracked open that egg. 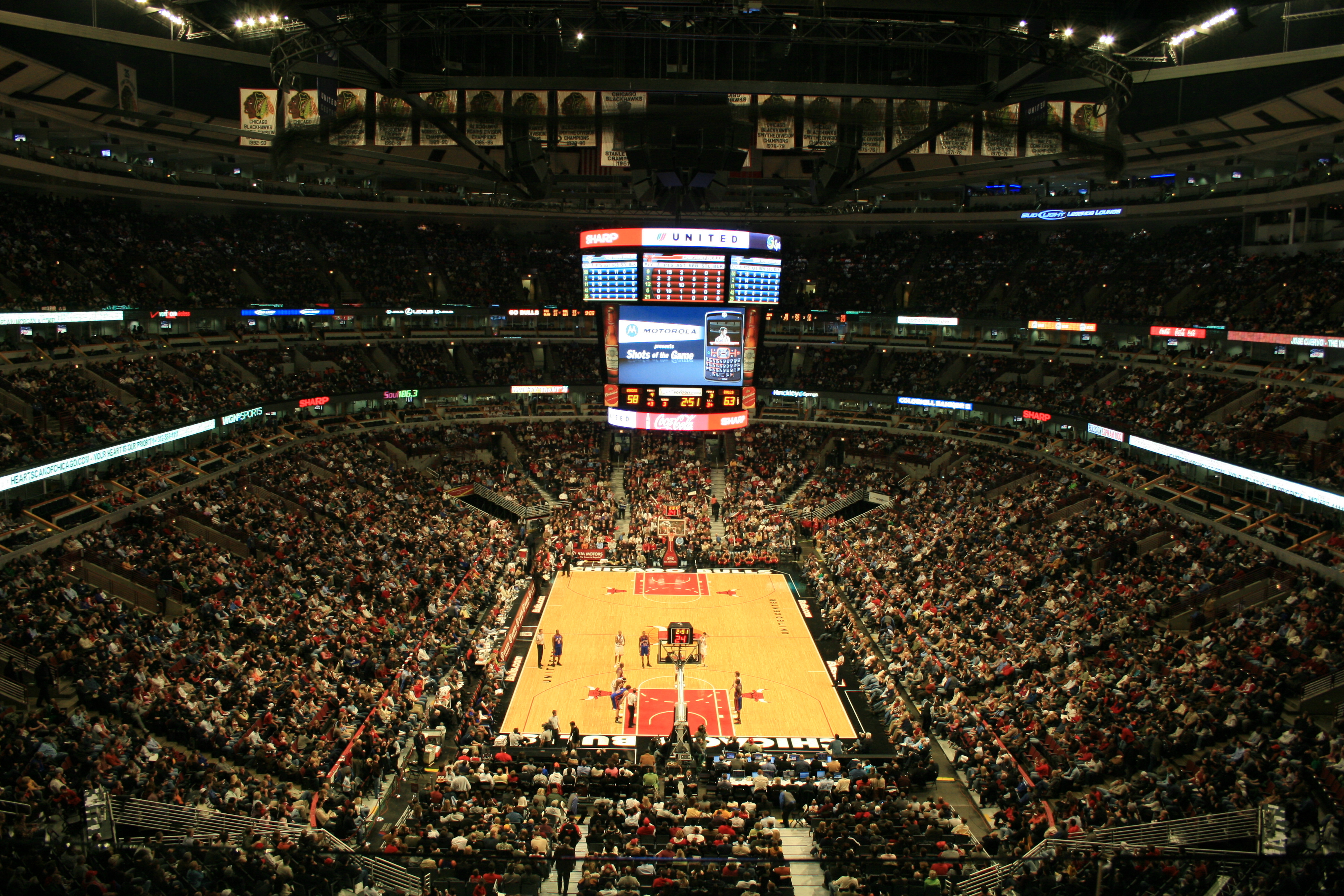 Joe has a thousand stories about all the work that went into building the House that Jordan Built, from an interaction with a contractor that directly led to the invention of our notched Archway L Bead, to nearly falling down an elevator shaft. But let’s save those stories for another time. For now, when you catch the last couple installments of The Last Dance and see the UC’s distinctive interior architecture, remember that it was thanks to the talented subcontractors at Advanced Taping, armed with Trim-Tex products, that made it possible!