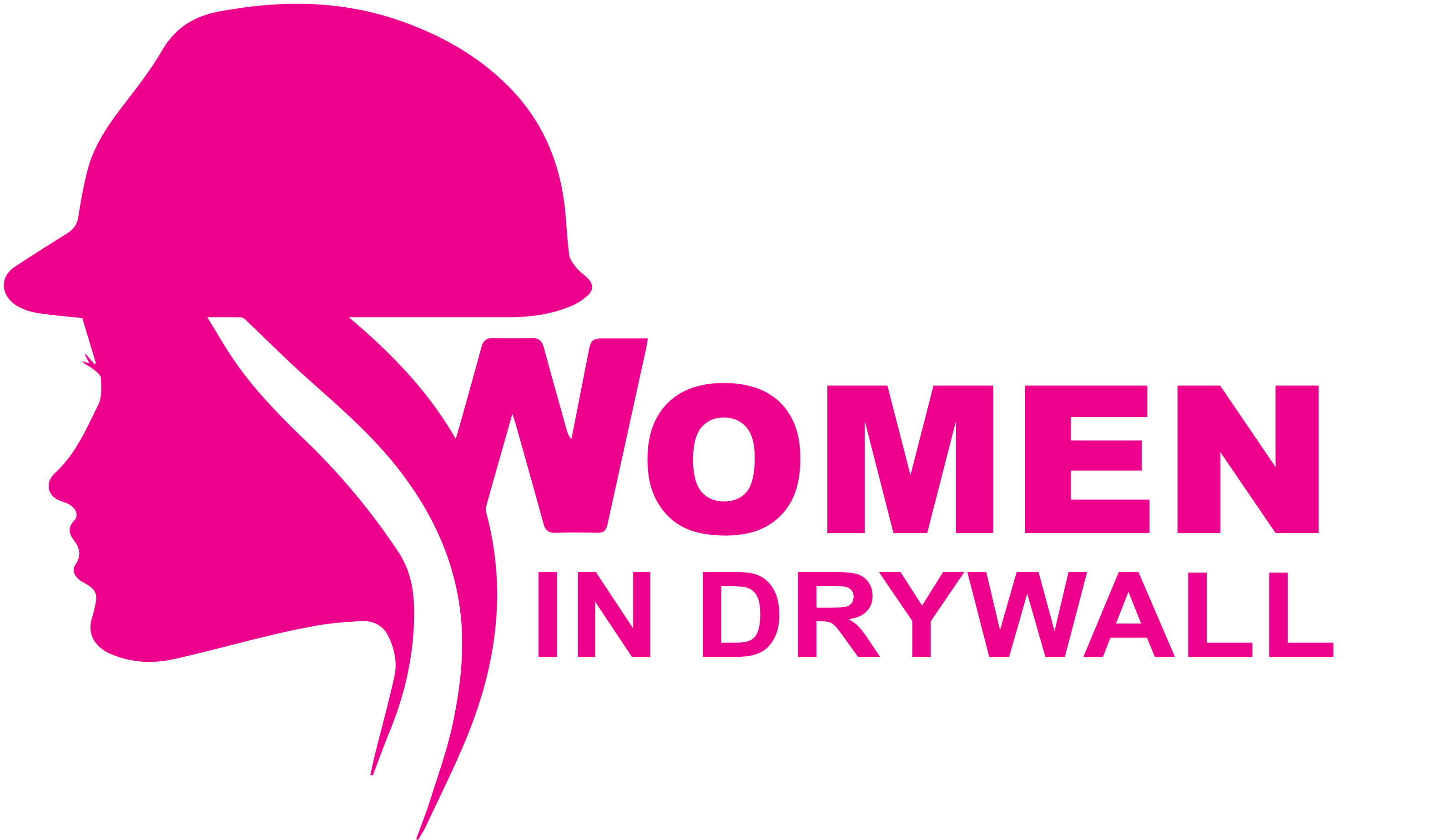 DeAnne Shallcross is ‘the real deal’ 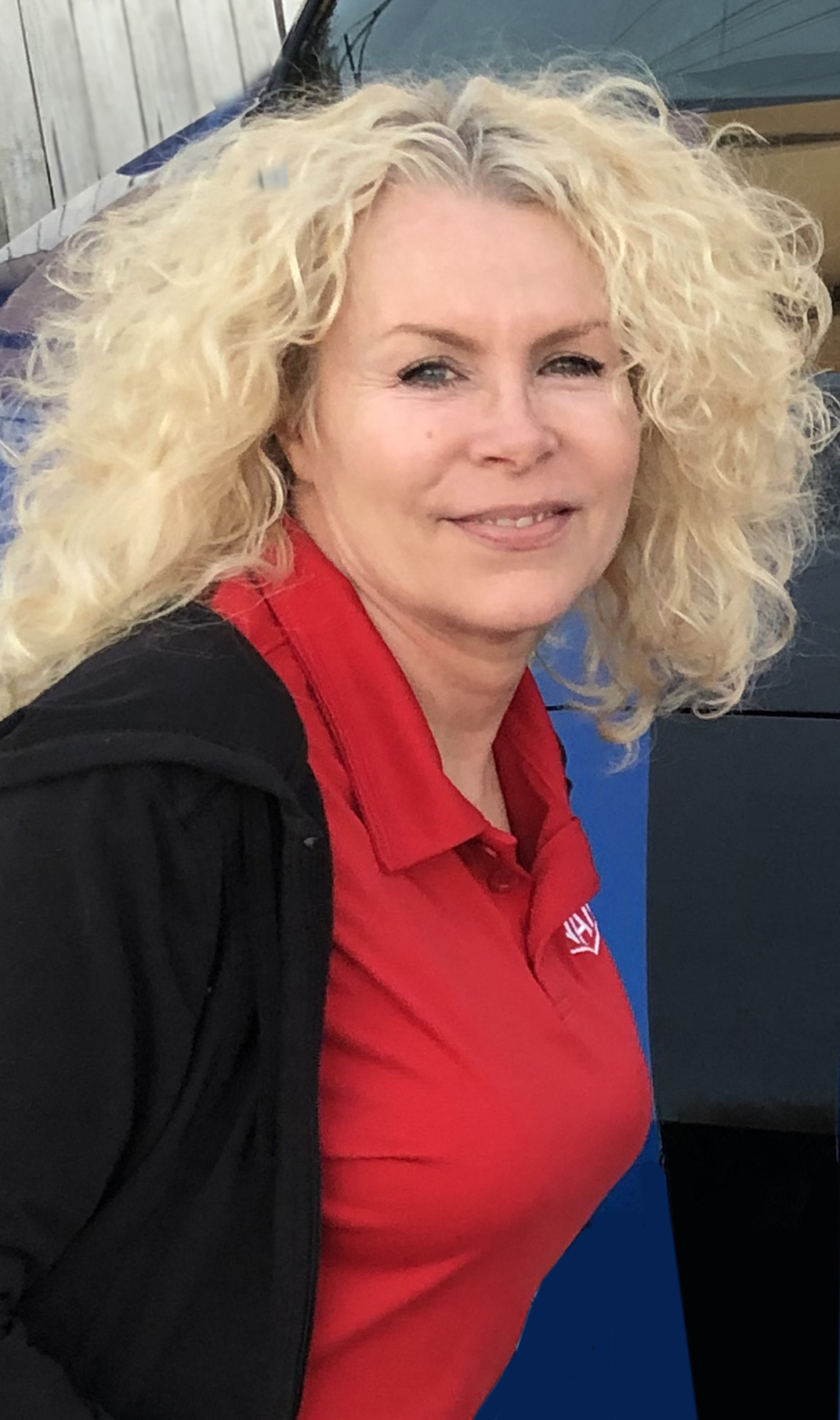 If you’ve ever used a drywall taping knife, you may owe DeAnne Shallcross’ family a debt of gratitude.

“My great-grandfather, who started this business in 1922, was a carpenter,” DeAnne told us from the longtime Chicago headquarters of her tool manufacturing company, Advance Equipment. “His friend said that wall covering is the new thing — this was in the beginning of the depression — so he just started making some wall covering tools. I'm not exactly sure what year he actually built the factory here, which is still in the same location … My grandfather started in the 1940s working for his father, and he is one of the original inventors of the drywall taping knife.”

At this point on our Zoom video chat (a necessity in the time of COVID, even though she’s located just a few miles from Trim-Tex’s plant in the Chicago suburb of Lincolnwood), DeAnne reached behind her desk, where a variety of tools were displayed, functioning almost as a miniature tour through the storied history of the manufacturing mainstay. After a moment, she holds up a worn taping knife, with the classic rectangular Advance Equipment logo faded but still recognizable on its green, wooden handle. Proudly, DeAnne declares, “This is the real deal — this is the original knife.” 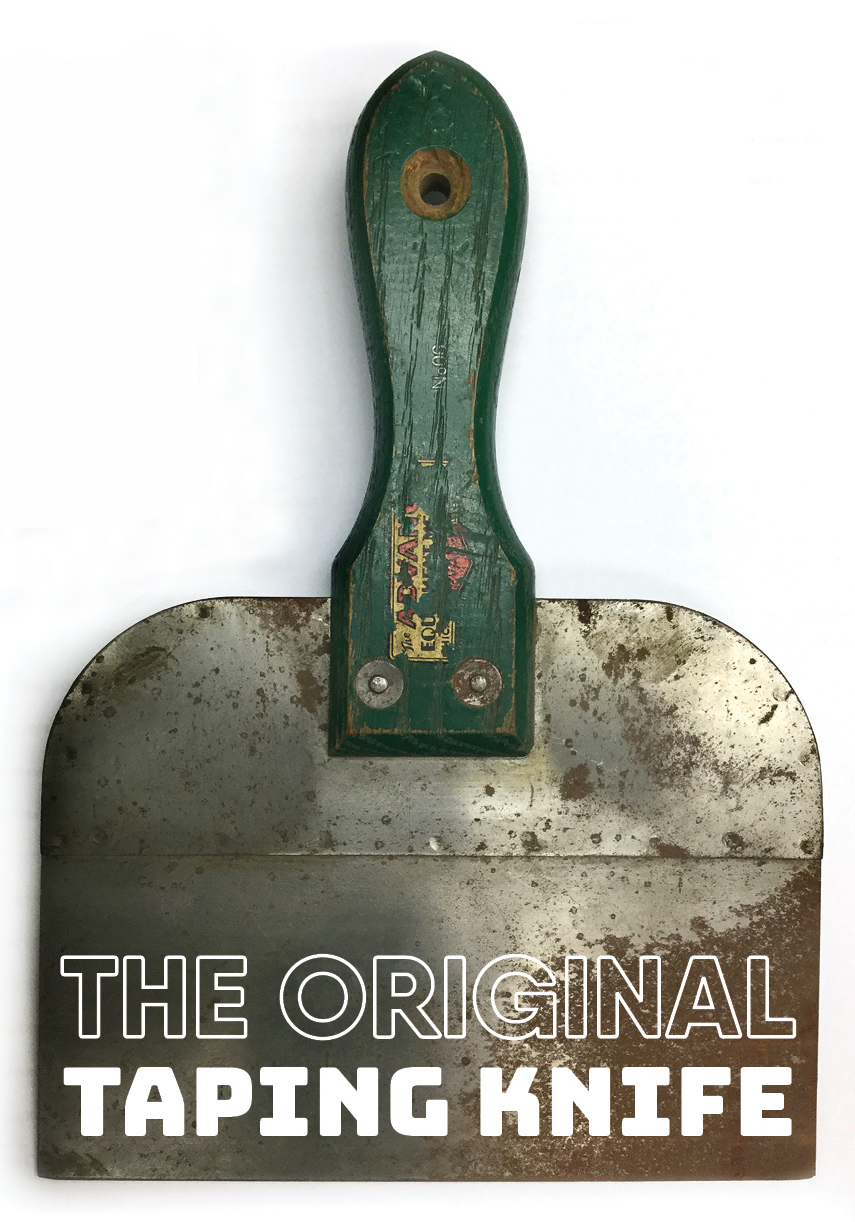 DeAnne is a person who knows and loves all the little details of her side of the drywall industry. At any given moment throughout our conversation, you could find her rattling off the different kinds of knife handles used over the years (from that classic wood to textured plastic to the more modern soft-grip silicon “jackets”), all sorts of taping tools Advance manufactures (mud pans, hawks and trowels, banjos and so on), all the way down to the various forms of steel used in the manufacturing process (“the galvanized, the pickled, cold-rolled, hot-rolled, stainless steel, blue steel,” she says, just to name a few).

DeAnne’s not showing off — she has simply spent her entire life in and around the industry, and has a lifetime’s worth of knowledge to show for it.

Coming of age at Advance Equipment 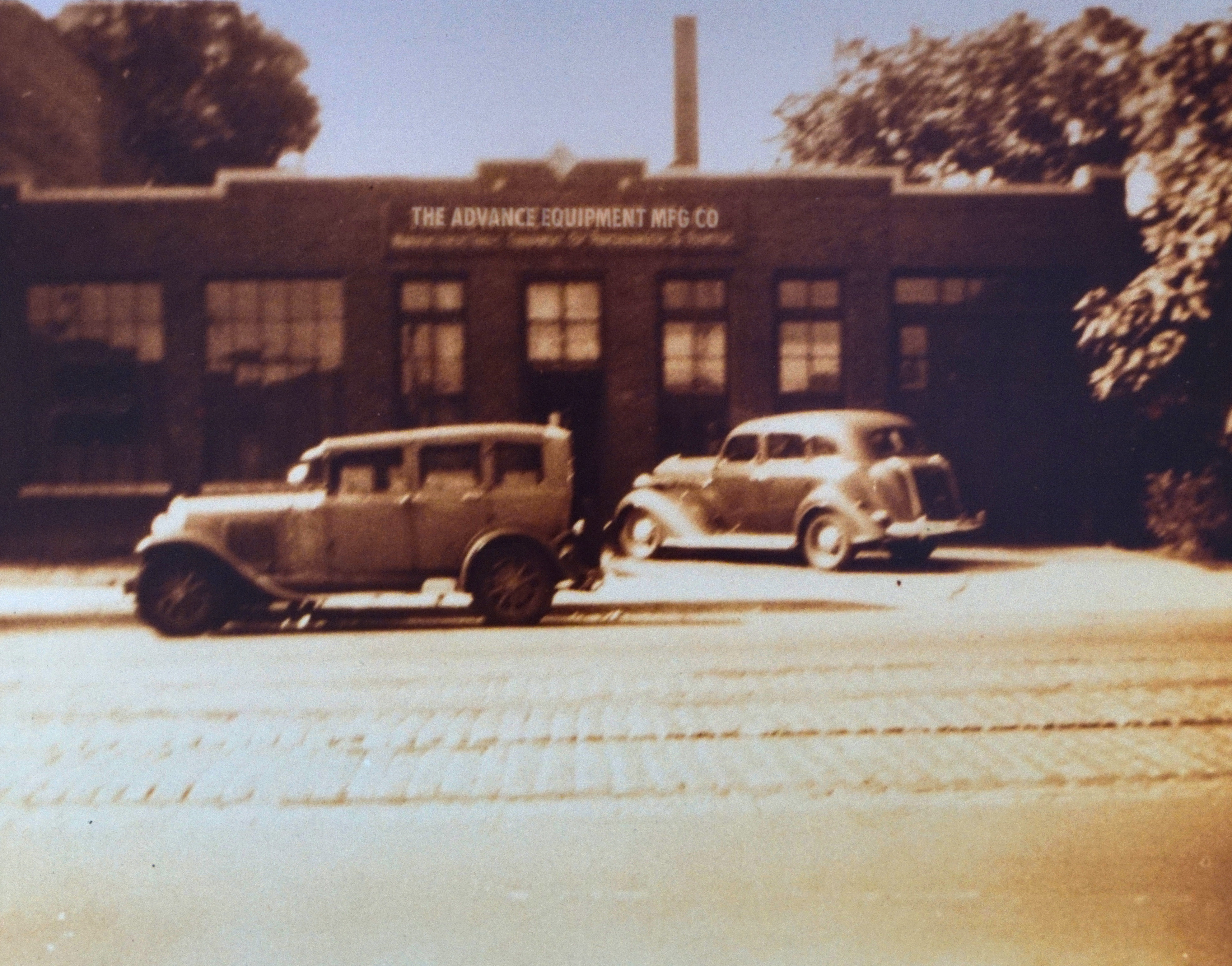 Advance Equipment came of age in the early 20th century in the west side of Chicago, then a widely known hub for manufacturing, and DeAnne came of age around its front office and factory floor. She recalls her dad coming in on Sundays to put coal in the furnace so the place would be ready to come to life for the week, while she and her brother busied themselves playing with the woodblocks.

At first, her time in the plant was spent finding ways to entertain herself like this — “putzing around,” she calls it. But eventually all that putzing around became summers spent working for her dad. Those summers soon became a full-time job, and years later, that full-time job led to her becoming a co-owner and VP of the company alongside her brother, John R. Wedekind.

“I started out in the factory, and my dad really wanted me to learn from the bottom — you get an understanding of your coworkers, and what you make,” said DeAnne. “Then your mind just starts thinking, like, ‘How can I make this more efficient and how can I make this better?’ Before you know it, you're getting into robotics, label makers — you're just always using your creativity to find better solutions to make something the same consistency and quality, but faster. I've been in the business roughly around 38, 39 years, pretty much full-time. 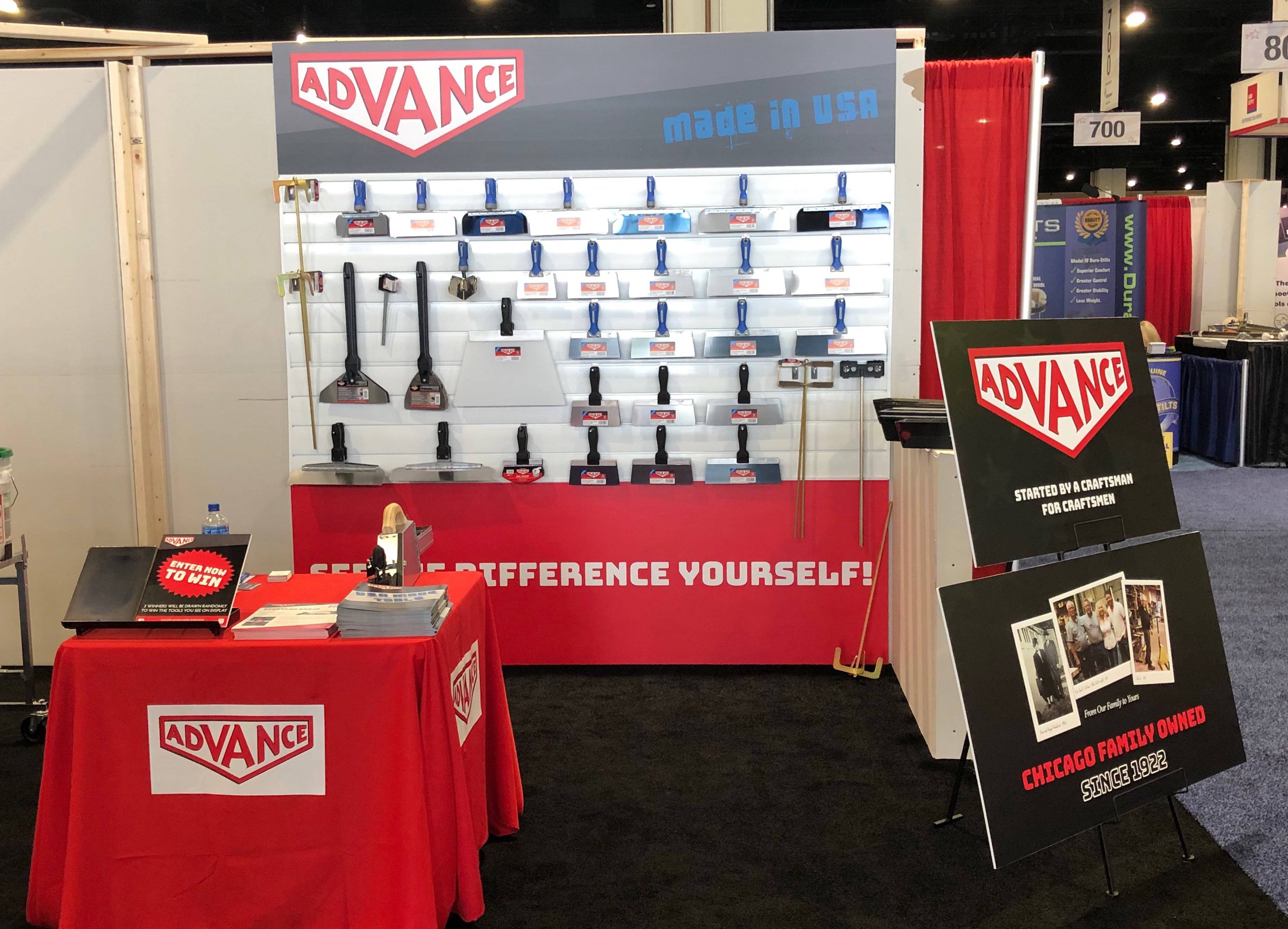 “The more I was here, the more I loved it, and the more involved I got, the more interested I got in how things are made. What I love the most is that we manufacture 98 percent of everything in-house, which is so rare.”

As Advance Equipment approaches its 100th anniversary in the next couple years, under the leadership of DeAnne and John, the plant isn’t just a workplace for her. It’s her home. DeAnne even says she starts feeling anxious if she’s away from the factory for too long. As she manages the front end of the thriving business — working constantly to push the manufacturer toward new horizons — she says she still loves to go out onto the factory floor, the same way she did when she was just a girl playing with the woodblocks.

Women in Drywall: ‘This is just the beginning’

When it comes to encouraging women to enter the industry, DeAnne leads by example. Advance Equipment, years ago, started aggressively adding more women to its workforce, to the point that, today, she says the family-owned business has around 80 percent women on its production staff. 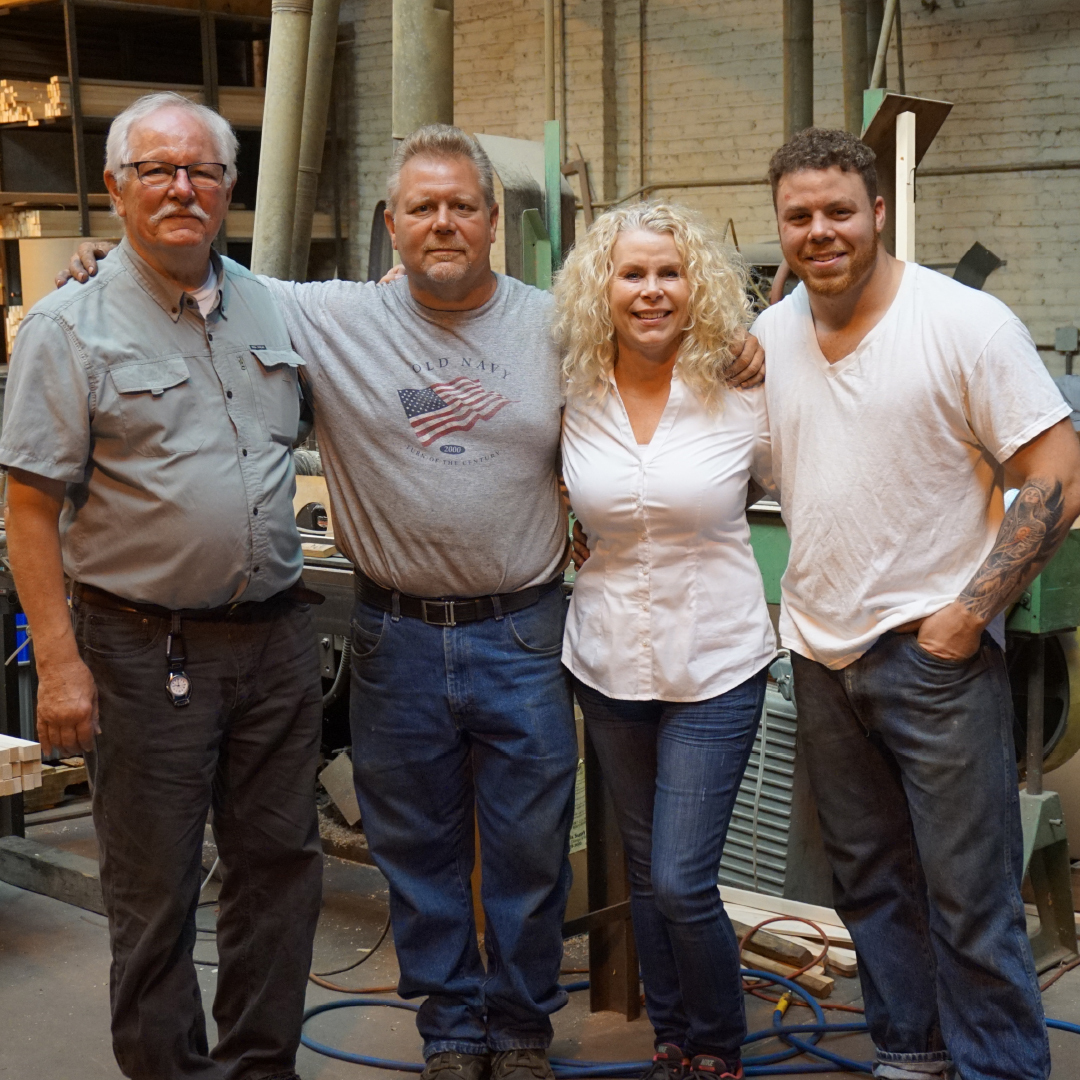 In speaking with DeAnne, this kind of initiative doesn’t seem to be politically motivated at all — like everything else DeAnne Shallcross, she is nothing if not pragmatic.

“I feel like women were just looking outside the box, because women are handy — women are detail-oriented, women are craftspeople,” she said. “It's a craft. I found that, over the years, women started using their creativity, and started [applying it to] the factory. The women that we have here are phenomenal. I feel that it's very similar to the drywall industry — it's a craft.

“I feel that it just keeps carrying on, and now they're getting into trades. Even on social media, when you look at social media, there're just more and more women that are out there learning and wanting to learn. These women are just wanting to learn and grow … I just feel that women are very open and want to use their creativity. This is just the beginning of a whole new explosion of women in the industry.”

Getting more women involved in the trades is, to DeAnne, a matter of more women seeing that it’s possible. Every time a young woman sees business leaders like her or Wallboard Trim & Tool’s Cheryl Meneguzzi — or drywall finishers like Lydia Crowder, Amanda Lechner or any of the other women we’ve met so far in our Women in Drywall series — the unknown becomes less unknowable. 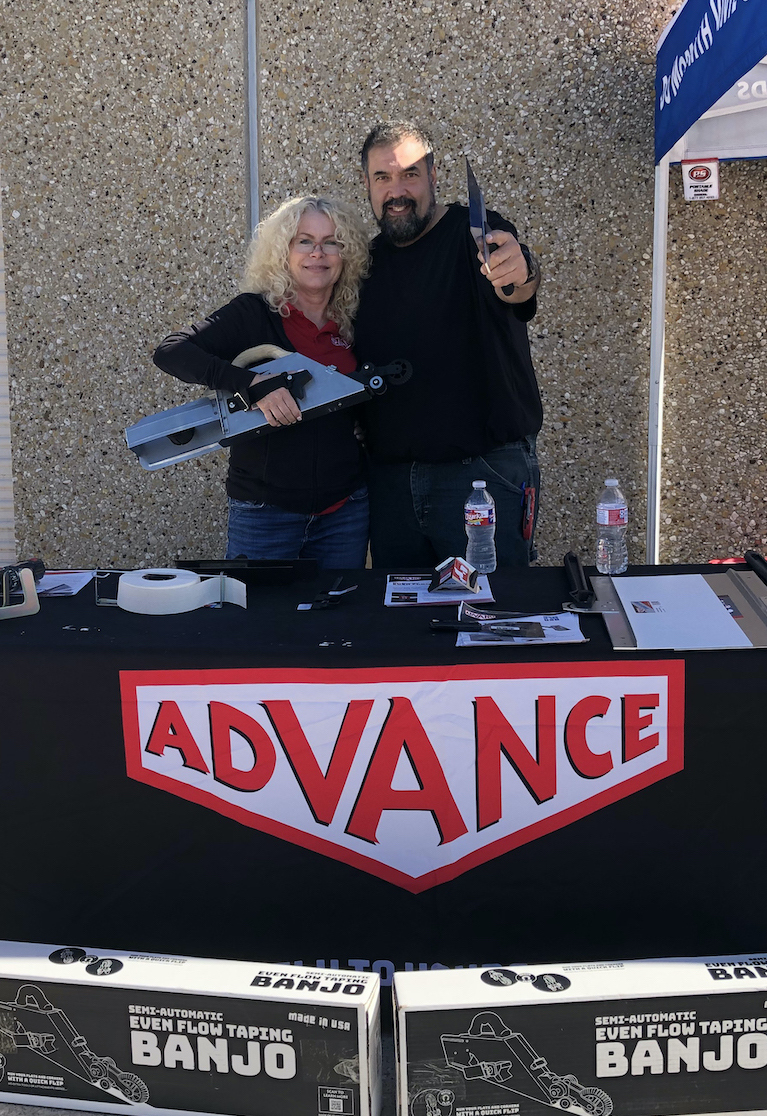 And just like DeAnne, who first got her toes wet in the industry as a kid, if we’re going to see that “explosion of women in the industry,” she says we need to start encouraging them when they’re young.

“I feel [we should be] encouraging girls at a young age to be independent, to be powerful — but not in an arrogant way,” she says. “‘Hey, you can do this,’ and not, ‘Oh, she fell, be careful.’

“Think about it: when little boys fall, the dads and mom are like, ‘They're all right.’ A little girl falls, it’s, ‘Oh, are you all right?’ When I look back at all of that, my dad taught me — I had an older brother, 16 months older than me. I didn't have an opportunity to be this little frail girl. I had to follow in the footsteps of my older brother. I feel like we need to empower girls, even young girls, starting at a young age, teaching them that there is nothing they can't do — in the trades too. All aspects of it.”