Women in Drywall Update: Catching Up With Kristi Slade 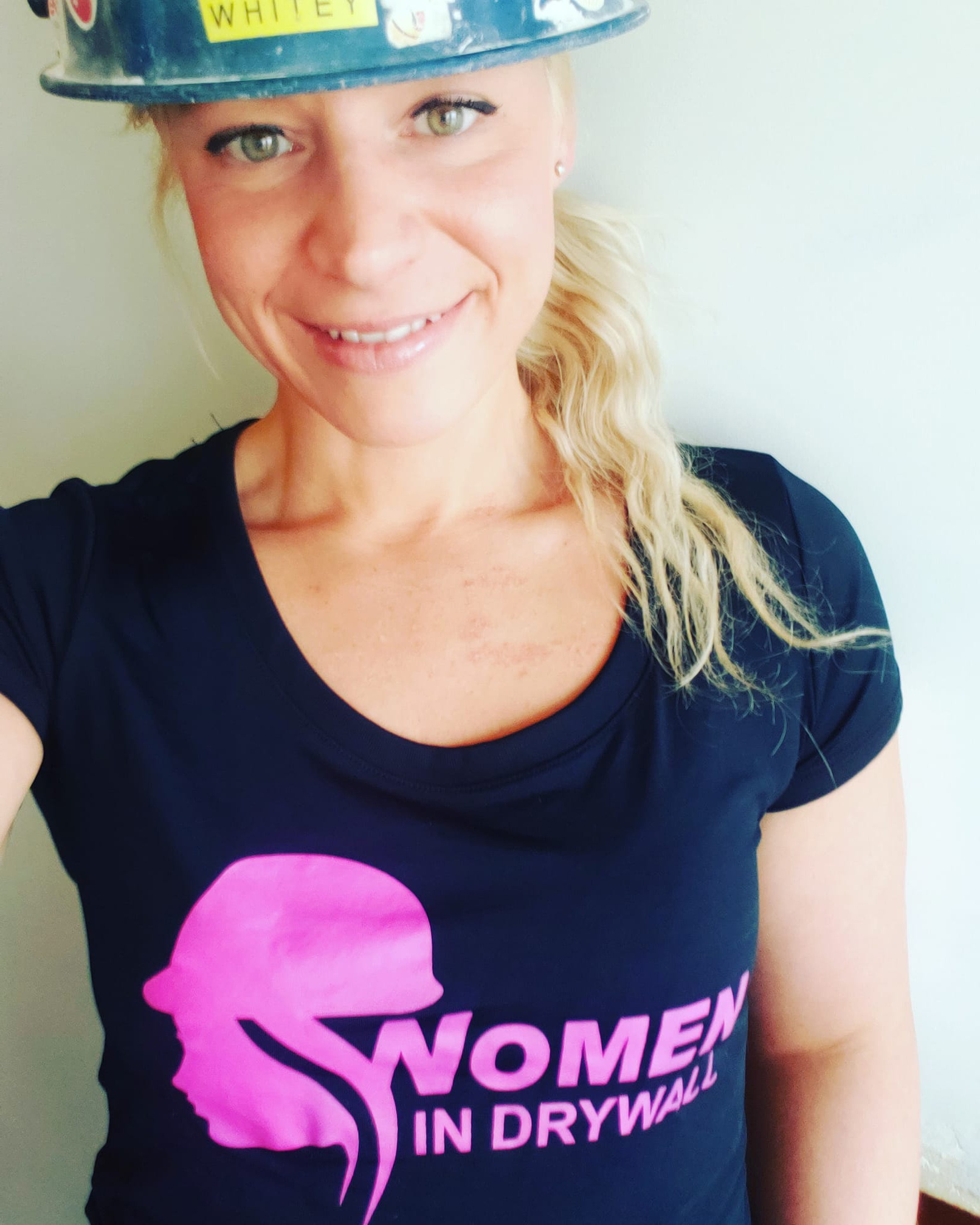 If you never miss an edition of Trim-Tex’s Women in Drywall spotlights, you’ll remember Kristi Slade from Hamilton, Ontario — Kristi first got into taping drywall as a teenager, and is now a professional finisher and proud union member. She’s constantly making beautiful things, whether that be a cleanly taped wall, a delicious gourmet meal or a newly restored antique piece of furniture. (Catch up on Kristi’s full story here!)

A lot’s happened in Kristi’s life in the short time since we published her story, so we thought we’d check in with the taper/baker to see how things have changed for her since then.

Shortly after her Women in Drywall story went up on the Trim-Tex site, it took off with our readers, eventually becoming one of our most popular articles of the year. And our readers weren’t the only ones paying attention — some of the higher-ups at her union, the International Union of Painters and Associated Trades (IUPAT), were too. In just a couple weeks, her local union rep got in touch with Kristi and asked her if she would step up to become an official union ambassador.

While many of the activities Kristi would normally be participating in are on pause due to the COVID-19 pandemic, she’s already thrown herself into the role, creating a 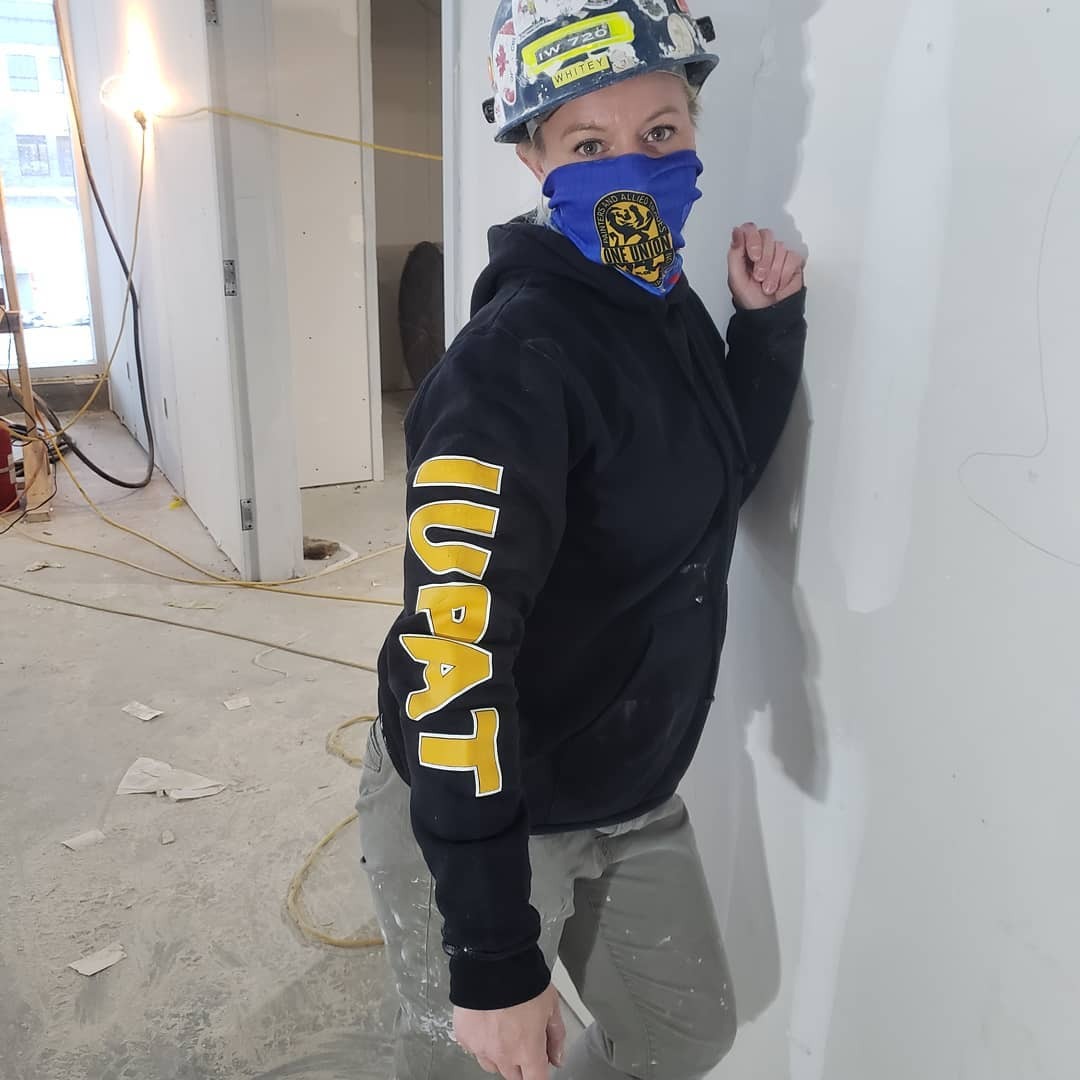 group on Facebook for IUPAT drywall finishers from around the world to connect with one another. Soon enough, her new position will include appearing in promotional videos, visiting other chapters to meet international representatives and countless opportunities for professional development.

“I want to meet more people in my Union — I want to try to get more involved,” Kristi told us. “I'm at 90 percent of a journeyman rate, so [Apprenticeship Training Representative for Canada Simon Hazelwood] is signing me up to write my C of Q (Certificate of Qualifications), because our trade is a Red Seal trade in the union. Hopefully soon, I'll be full journeyman taper and drywall finisher. Then he was telling me about a bunch of different courses he wants me to take because there's so many free education and training courses you could take in the union — there's this supervisor course, a budgeting course, all kinds of different things that I can sign up for that he wants me to do. I'm going to sign up for all that. I want to do some courses, maybe learn how to do textured ceilings and different things!”

‘It is really one big family’

It’s not hard to see what Kristi’s union brothers and sisters see in her as an ambassador: not only does she work hard at honing her craft, but she speaks energetically and passionately about her work and her union. To Kristi, more than anything, this new set of responsibilities is a chance to connect with people who share her passion and her drive to refine her skills.

“One thing that I like that, no matter where you go, if you're wearing the union logo, people come up to you who are part of IUPAT; they come up to you and you're instantly connected,” Kristi says. “Wearing your IUPAT clothes or your logo connects you to all your brothers and sisters no matter where you go. I really like that. It is really one big family. Even when I was at Walmart last week and I had my IUPAT buff on, this couple came right up to me and started chatting me up. He was an industrial painter and I just loved that, because there's the industrial painters and the glazers in my union [in addition to] the tapers. I really liked that, how IUPAT connects you all and you're just instantly connected.” 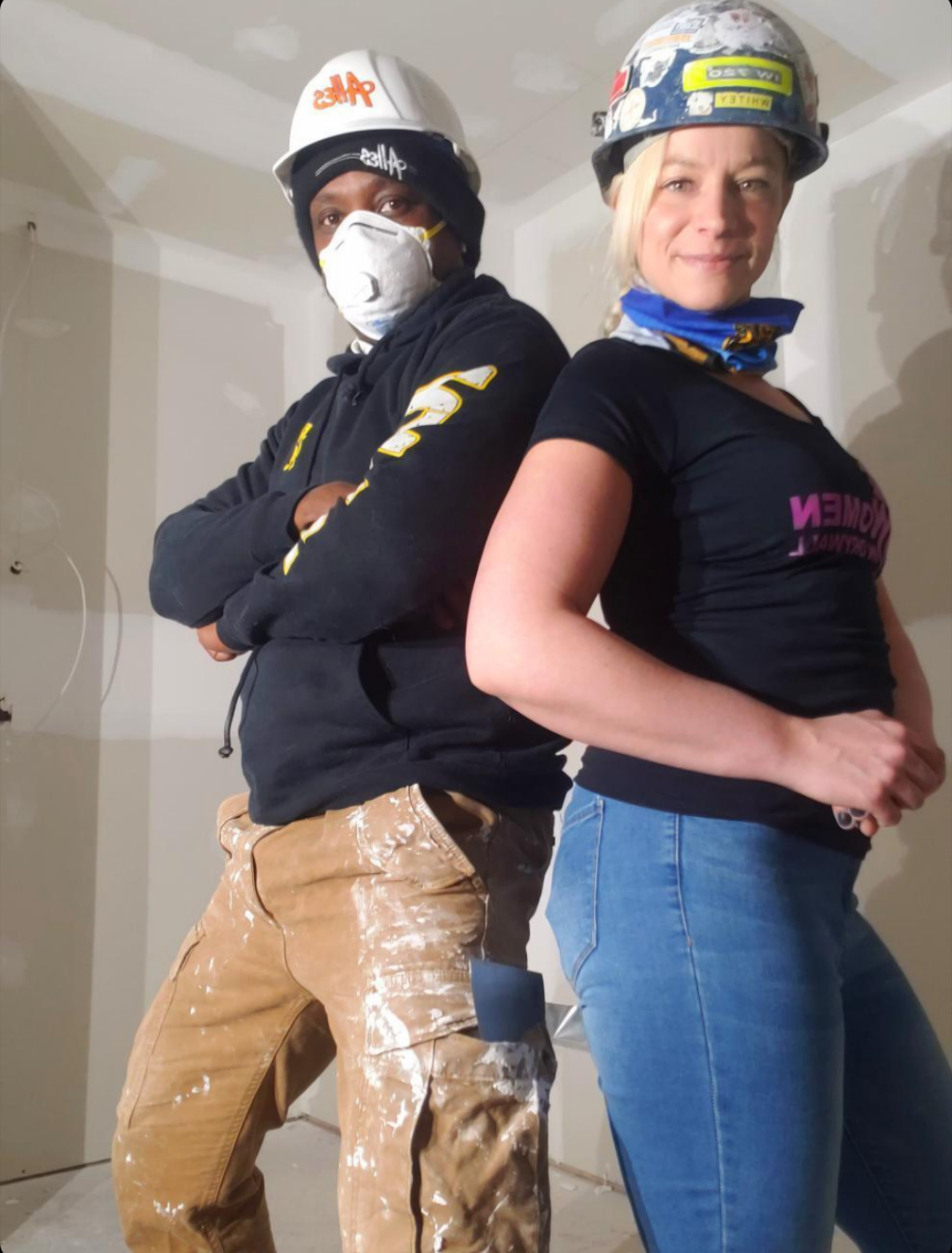 Outside of her recent work as union ambassador, Kristi has — of course — kept busy as an endlessly enthusiastic drywall finisher. A few months ago, she started partnering up with a fellow finisher named Shack, and now the pair work together on drywalling jobs all the time. From Shack, Kristi says she’s learned an array of new tricks of the trade, and has more fun on the job as well. (She occasionally takes photos and videos of their work together, which she posts to her Instagram with the battle cry of “#ShackandSlade”)

Especially once things kick into gear again for Kristi’s union ambassador duties, this is just the beginning for her journey upward in the world of drywall finishing. At Trim-Tex, we’re just glad that we could share her story with the world, and can’t wait to see what Kristi Slade gets up to next!

Learn more about Women in Drywall, and read all the stories we've shared of the women who are changing the face of the industry, here.